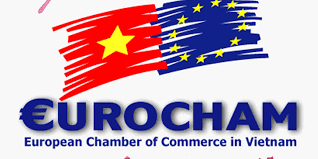 (CLO) Since the EVFTA took effect in August 2020, the total value of goods exported by Vietnamese enterprises to 27 EU countries has reached more than 4.78 billion USD.

Data from the Import-Export Department (Ministry of Industry and Trade) shows that after 8 months of the EVFTA Agreement taking effect (August 2020 – April 4, 2021), the export turnover of Vietnamese goods to the market of 27 EU member countries skyrocketed.

By early April, agencies and organizations authorized to issue C/O (certificate of origin) had issued nearly 127,300 sets of C/O, with a turnover of US$4.78 billion. This number does not include the value of goods to the EU of self-certified enterprises, nearly 10.9 million USD.

Most of the import markets are countries with seaports and distribution and transshipment centers of the EU such as Belgium, Germany, the Netherlands, and France.

The Free Trade Agreement between Vietnam and the European Union – EVFTA, which took effect from August last year, has opened up great export opportunities for Vietnamese goods to a market with a GDP of 15 trillion USD.

According to the commitment, almost 100% of tariff lines follow the 7-10 year roadmap, the remaining few tax lines also enjoy quotas with the tax rate of 0%.

The EU is Vietnam’s fourth largest export market. In 2020, the export turnover of Vietnamese goods to this market will reach $43.7 billion, and imports from the EU will be $18.5 billion. In the first three months of this year, the proportion of exports to the EU increased by 18%, equivalent to an increase of 1.5 billion USD.

Along with export growth thanks to EVFTA, Vietnam’s export turnover to partners in the CPTPP Agreement also achieved a high growth in the first 3 months of 2021.